Kakkun (カックン) is a frog from the Animal Crossing Series. His only appearance is in Animal Forest e+, where he appears as an islander.

Kakkun is a black frog with yellow spots. He appears to be wearing a surgeon mask. His initial shirt is the Blue Aloha Shirt. He has white dots for eyes. He also has a similar look to Lucky the dog. 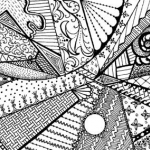